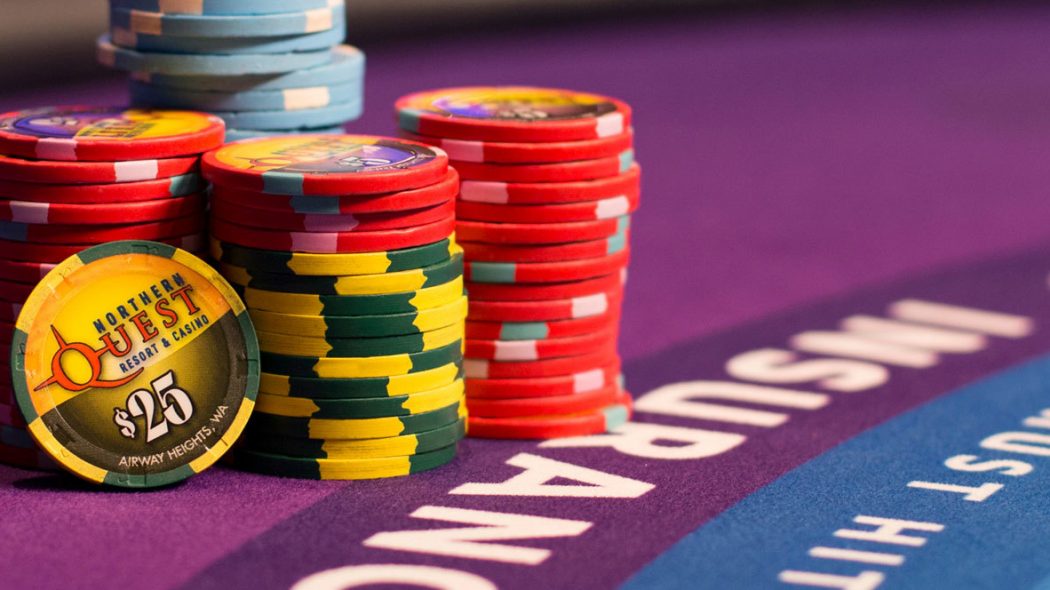 Second Tuesday of Each Month

Get in on the action with this $30 buy-in tourney. Sign-up begins at 4pm* with qualifying rounds taking place at 5, 6 and 7pm, and finals at 9pm.

*Play table games from 2-4pm on tournament days to be eligible for priority sign-up.

Sharpen your skills before the tournament with $2 Blackjack any day when playing the bonus bet. See Table Games for details.

Northern Quest Resort & Casino is committed to responsible gaming. If you or someone you know has a gambling problem, please call the Washington State Problem Gambling Helpline at 800.547.6133 or Camas Path at 509.789.7630.